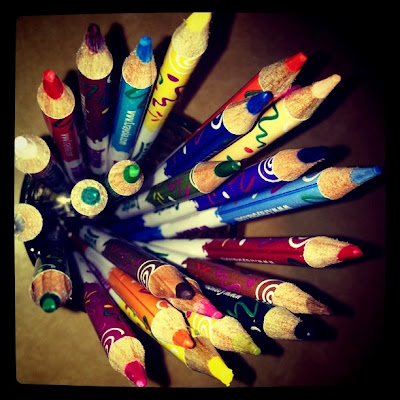 My son, Joey, is involved in BETA, a national organization that promotes the ideals of academic achievement, character, service and leadership among high school students.  The state convention was coming up and students could select from a variety of contests to compete in.  Joey is a talented performing artist and has sung for large audiences all over the south.  I naturally assumed that he would sign up for the talent competition and would once again be up there on the stage belting out some classic tune.   But no.... he came home and announced that he was participating in the colored pencil drawing contest.  I had to ask the obvious question...”You realize you don’t draw, don’t you?”  As best I understand it, only one talent act could enter from each school and a large group of students wanted to dance.  Joey graciously stepped out of the spotlight and never questioned why he couldn’t be the one to perform.  This young singing artist is signed with a record label and has songs for sale on iTunes.  His performance would surely have represented the school well, but he recognized that he was not the only talent who wanted to compete.  I was proud of him for being considerate of others, stepping aside and supporting his friends.
The day of the competition arrived and we were ill prepared.  We woke that morning in a panic and found ourselves digging though desk drawers and craft bins trying to piece together a pack of colored pencils.  My daughter had half of a pack of 24 pencils and a giant pink feathery pencil that would have to work.   Joey shoved the pencils in his pocket and he was off to the convention. 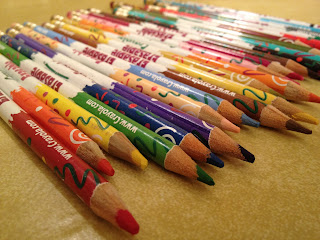 Upon arrival, he discovered that “Colored Pencils” was the first contest.  He raced off to the meeting room and took his place at a back table.  Students began arriving with stainless steel cases of artist utensils that ranged from colored pencils to charcoals in assorted shades to special paints surely mixed with the love and blood of Picasso himself.  These artists were serious about their craft and not one retrieved their pencils from their back pocket.  They lined them up neatly and sharpened them with special titanium razors. Each pencil was perfectly made with light-resistant pigments that would allow for proper color saturation and even lay down.  Joey's pencils were erasable.  A large 15 x 15 piece of paper was placed in front of each student and they were told they had two hours to draw the bowl of fruit at the front of the room, which Joey had mistakenly thought was snacks for them to enjoy while drawing.  The girl next to Joey was worried about how she would ever be able to finish in two hours.  Joey was just as worried about what he would do for the hour and fifty minutes left after he finished his masterpiece.
Our school didn't take home any trophies for colored pencil drawings, but they did take 2nd in the state for the talent competition.   I don't think a trophy would have made me any more proud than the fact that my son demonstrated excellent character that day.  Colored pencil drawing may not be his gift, but he was comfortable enough with his own talent to support his friends in theirs.