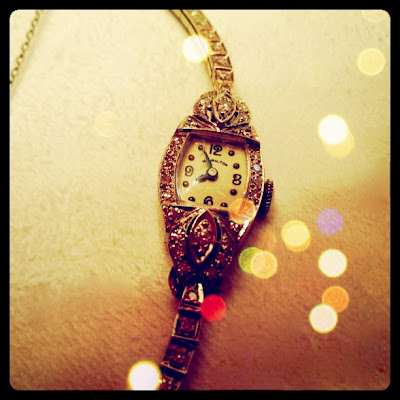 I love the smell of airports.  They are inviting and give promise to fun filled journeys ahead.  My early days of travel were at the hands of my grandparents who were constantly putting my brother and me on airplanes across the country.   They wanted us to experience everything and made sure we had met the pilots, pinned on wings, and read the emergency cards so we would always be prepared.  By the age of five, I had a drawer full of wings and memories to go with them.
Once, after leaving the Las Vegas Auto Show, which in the 60’s was similar to attending the Oscars, we made our way to the airport, armed with toy slot machines and miniature roulette wheels.  Developmentally appropriate child toys, I might add.  I loved my little roulette wheel and somewhere at an airport in the Midwest, I dropped this treasure as I journeyed forward, hand in hand with my grandfather.  We changed planes and just as we were to take off, I realized my missing gambling device.  My grandfather ran to our last plane to search for my toy.  My grandmother and I watched from the window of the plane as the men below moved about the tarmac with flashlights.  She convinced me that they were all frantically looking for my toy.  It took me forty years to realize that wasn’t probably true, but I enjoyed the belief that my grandfather stopped time just for me and everyone had one single focus.  That only happens a few times in one’s life.  Just before the door to the plane closed, my grandfather jumped in with a tiny, red roulette wheel in hand.
We flew all over the country, but we always returned to the Indianapolis Airport which was near our home.  I’m uncertain, now, where we were returning from, but it was icy outside and as we trudged through the open parking lot to the giant Cadillac that waited for us, I looked down and spied something shiny in the snow covered ice.  I took my boot and dug it out only to discover the ugliest, metal watch in the world.  It was, in fact, an old lady watch.  It was dead and was certainly beyond repair, having been buried in ice and driven over multiple times.  I cleaned it off and tossed it in my tiny jewelry box when I got home.  And there is sat.
Move the clock forward forty something years……  Christmas was upon us and when asked what I wanted, a good watch came to mind.  I suggested a Cartier, until I discovered the price.  I’m more of an $80 watch kind of person.  The shiny Cartier that caught my eye was $4000.  It would stay in the catalog. I remembered the watch I had found as a child and wondered if it might still be in my old jewelry box that was housed in the top of my mom’s closet.  I wandered over to her house to take a peek and found great treasure waiting for me there.  Inside this box was a tiny necklace with a miniature 7-up can on it, a wide leather wrist band with flowers on it, an add-a-pearl necklace that must have lost importance when I reached the age of 11, and one silver looking watch with 42 rhinestones on it.
I picked the watch up, admired it from the perspective of an older woman and not a child, and thought how pretty it was.  I had hoped it would say “Cartier” on it, but it only read, “Hamilton.”  I had never heard of this company.  I flicked it to see if the battery might kick in and nothing happened.  Realizing there was no battery, I pulled the pin on the side and carefully wound the springs inside.  Like magic, the hands began to turn after forty years of silence.   I took the watch to a jeweler who quickly realized I had no idea what I possessed.  He opened the back of the watch and tiny red, ruby jewels sparkled in the light.  He offered to buy it from me for $1500 and I suddenly realized that those rhinestones weren’t rhinestones after all.   I took my prize home and did further research to learn that I had been sitting on a Lady Hamilton Diamond Platinum watch from 1909 complete with diamond bracelet.  The asking price for such ranged from $3,500 to $9,000.   I realize the value of anything is only what someone is willing to pay for it, so I don’t actually believe I have $9,000 around my wrist, but I do have quite a story, which is worth more than any of that.
I’m keeping my watch, wearing it proudly, and wondering whose wrist it fell from as they trudged across the airport so many years ago.  I wonder if their husband, father or grandfather, stopped time to try to find this lost item like mine did.  While they never retrieved their missing watch, I wish I could place it in their hands today.   Can you imagine the surprise?  It is in mint condition, minus the tiny scrape on the face, which I won't replace because I believe the small imperfection may have come from my boot when I dug up this treasure so very long ago.  It is a direct connection to my youth.  It took an adult perspective to appreciate what I had and while time stood still for forty years, a new pulse beats from this watch that is now over a hundred years old. I suppose there is a time and place for everything and sometimes things must wait until the need for them is understood and fully appreciated.
Posted by Family Feathers Author at 6:50 PM