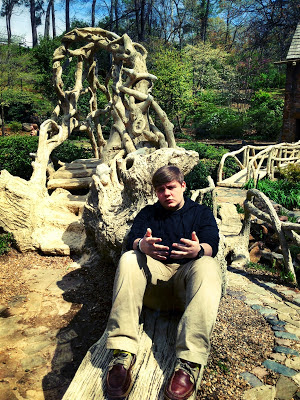 The world grows smaller every day as youth around the world become friends through social media platforms such as Instagram and Twitter.  Friends are made across borders and oceans and a friend of a friend of a friend just may be somebody you want to talk to.  As my kids upload photos, videos and songs for the world to see, their virtual footprint expands across the globe.  Just yesterday, I was, oddly, not surprised by the message from my son that he was being played on Lebanese radio.  It made me stop what I was doing and smile.  I had to ask the obvious question, "How?"

It appears that one of his many Instagram followers has made a friend in Canada who is residing there while she is temporarily away from Lebanon.  I'm not sure what the means exactly, but the kids believe her to  be Lebanese royalty on the run.  (Da do ron ron)  She liked a song that my son has on Sound Cloud and shared it with her friend who is a Disc Jockey in Lebanon where he supposedly played it on Lebanon airways.  At first, I wondered how odd that must seem to have traditional Lebanese music playing and then suddenly hear the voice of western boy singing an English love song.  Little did I know how much American music is played world wide.  Perhaps my blonde headed boy can be the next Lebanese Justin Bieber. I remembered the Italian tour bus I was on years ago where they played non-stop American 50's music and wonder if perhaps my boy's voice did sound out in the Lebanese streets.  It's a thought that makes me smile.   I pulled up Kiss Lebanon FM radio and Albalad 106.5 Beirut on my laptop and while I did not hear my child, I did hear someone who was not Billy Ray Cyrus belting out the words to Achy Breaky Heart..."You can tell your Ma, I moved to Arkansas."  What a strange coincidence I thought!

As I perused the Lebanese radio websites, exploring their world and probably being watched by my own, I realized that their world is not how I see it in tiny CNN video clips of protests and war.  There is music and laughter and beauty.  Somewhere over there right now is another person, with similar likes as we, sitting behind their computer clicking on Instagram photos and uploading beautiful images of their world.  It's not just a small world.  It's one world where we're all connected.

That's a very cool story. If he gets a check in Lebanese pounds for airplay, please post it.

That is totally AWESOME! I still worry about kids and the internet though. My grandkids all have FB pages and it sort of worries me at time. They are level headed but still. There's just so much "OUT THERE"!