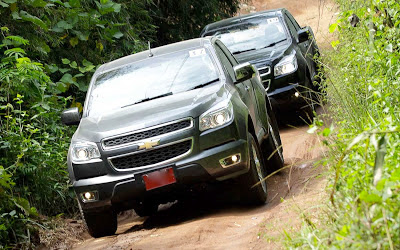 When a container truck and a horse trailer collided on Interstate 40 near Cuba Landing, it shut down traffic in the East bound lane.  After three hours in the car, sitting in the same spot on the highway, it became apparent that some of my choices were probably not good ones.  For instance, providing the family with extra large caffeinated beverages and a sack of candy might have been a poor choice had I known there would be no bathroom available for hours and that we would all be stuck in a small space, wedged between semi trucks, for a prolonged period of time.  As we entered the fourth hour on the highway and the lady in front of us urinated in her car and poured it on the ground, I knew we were witnessing the loss of civility and decided it was time for drastic measures. Over the course of our wait on the highway, we would occasionally notice the adventurous law breaker who had broken from the ranks and was then driving down the side of the road in hopes of finding a better route.  I put the car in gear, placed my trust in our GPS system and headed off down the side of the highway, unknowing if we would drive into a roadblock or straight off the edge of the Earth.  We made it to the closest exit and began our journey into the back roads of the Tennessee hills.

It's funny how little things suddenly become important.  I assured my family we were fine when the asphalt changed to gravel and I continued forward in search of the highway.  I was thankful for the rock road that led us away from the thousands of people still stranded on the interstate.  The GPS showed that we were entering Hellsneck road and I wondered if perhaps this was a huge mistake.   We snaked around the hollows and found we were soon on Squeeze Bottom Road.  I ran into a lost pack of SUVs around the time the gravel changed to dirt and I asked them if this was the way to the highway.  They had no idea.  I exclaimed that my GPS indicated that it was and the group rallied around and we headed out like a wagon train of weary travelers no longer able to sit idle on the highway.   I led the pack as we climbed hills and turned sharp dirt corners expecting to find hidden stills or drive into some Aryan Brotherhood Lodge.   The piled dirt on the edge of the road was indicative that someone had recently graded the path, so I assumed we hadn't driven too far away from civilization and continued forward.  We saw back woods that most have never seen and I was thankful for the adventure.  Suddenly we rounded a corned and were driving through expensive farmland.  We passed a man fishing on the side of the road and pretended that it was probably some famous country music star wondering why a caravan of SUVs was flying past his house intentionally located in the middle of nowhere.  It was great fun and we laughed all the way as the roads disappeared and we took a chance traveling into the unknown.  Before too long, we drove onto the asphalt road that led us to the Interstate.  We had successfully bi-passed the accident, and avoided the detour that was now carrying traffic 50 miles out of the way.
When we returned home a few days later, we passed the exit that we had taken to escape the traffic jam and I smiled knowing that I driven by there a hundred times before and never knew what adventure was just a few feet away. It's because we found the best in a bad situation that we can add one more fun memory to our list of things we did that were completely unplanned.  It seems the best times have been found in those moments.   That's the same way we discovered the blue bird factory, the giant gong in the woods, the spaceship chair and the bathroom that defied physics. My kids know what I'm talking about... and I know they are smiling when they read this. 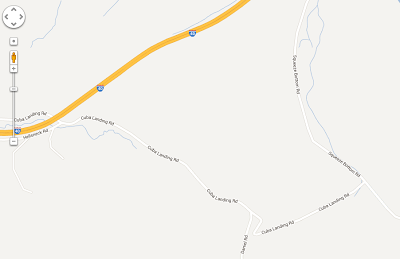 Missy, I just happened to think about your blog when I started the computer this morning, and I'm so glad I did! Those are the memories your children will cherish for a lifetime...I'm always up for an adventure! Love to you and your mom...Karen

Please feel free to use the photo! Of course I don't mind. I took a quick peek at your blog and it looks delightful. (I will be back!) Don't worry about giving me credit, just use it. (By the way, your kids are gorgeous!)

What a fun adventure, and a story well told, enhanced by the wonderful true-to-life "Squeeze Bottom Road." Memories from unexpected random moments are the best, aren't they?