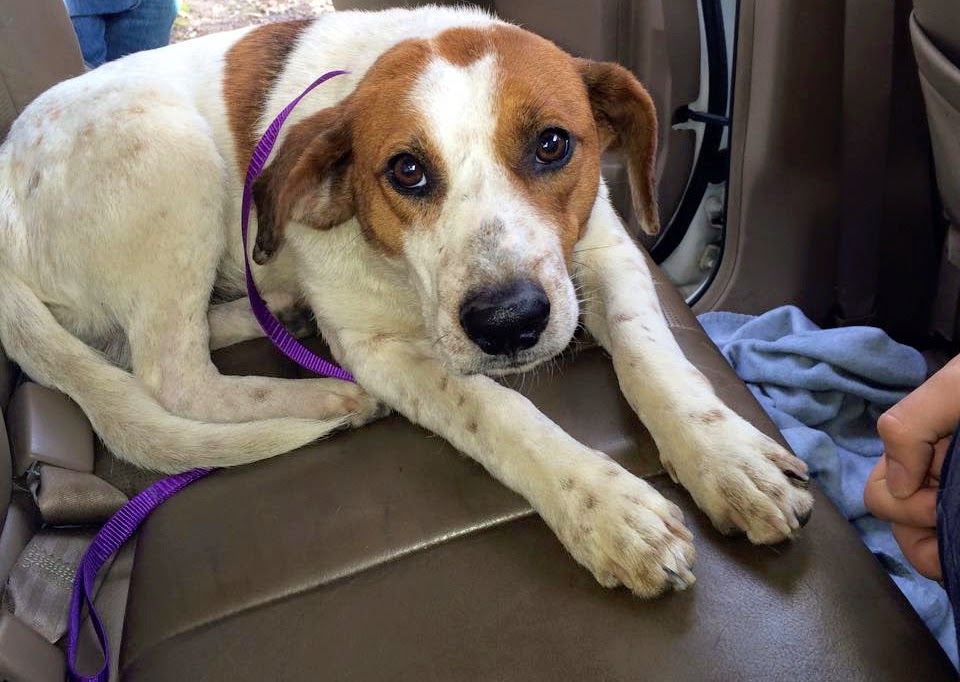 My daughter has an animal magnet that wounded and stray animals can sense from miles away.  On her way home from school, she happened upon an injured dog that walked on three legs.  Before I could clearly say, "No!" she arrived home with a small beagle wrapped in a blanket, in the back seat of her car. The two bonded immediately and plans were made for pink collars and lazy days of summer with Max, the newly named pet riding around town in the passenger seat of my child’s car. 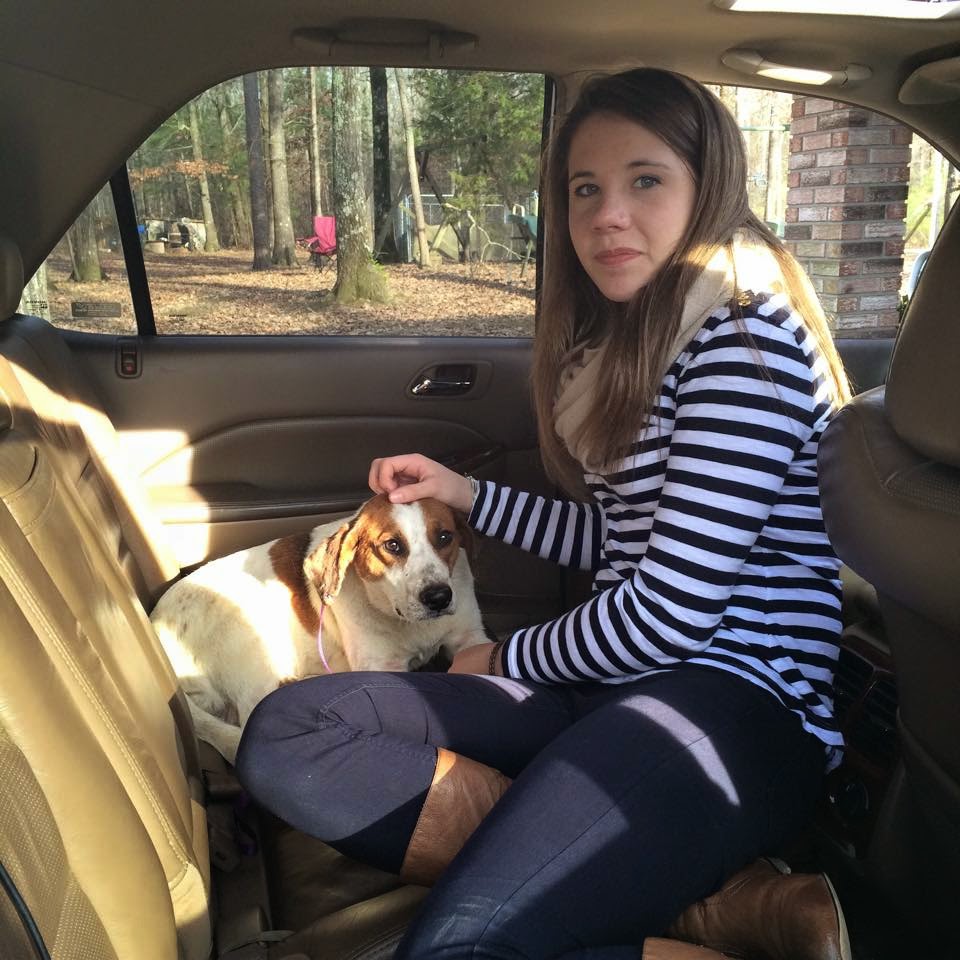 Reluctantly, I agreed to foster the dog until a home could be found.  I listened in wonder as my daughter explained to her father what a grand hunting dog Max was.  We had owned him for less than 20 minutes and suddenly his entire life history was being fabricated to give birth to the idea that we actually needed a hunting dog.  My husband smiled at the thought.  My daughter smiled.   The dog  marked his territory with dreams of fun to be had.

It was about the time we introduced Max to the fenced-in yard that he turned from doe-eyed injured puppy to psycho devil dog. It was apparent that Max had been traumatized from some sort of confinement and has some issues that would not lend well to his fostering.  I agreed to let him rest at our back door until we could build some trust.  When my daughter walked in the house and I was left outside with Max, his anxiety level catapulted and he began tearing at my door to try to find his new friend.  Much like a Tasmanian devil, he whirled about, howled, jumped on the door,  jumped on me and fell into such a fit that my daughter was frightened away.  In less than 30 minutes, the bond was severed.  Now, I was left to tend with this out of control dog and the crying child on the other side of the door. 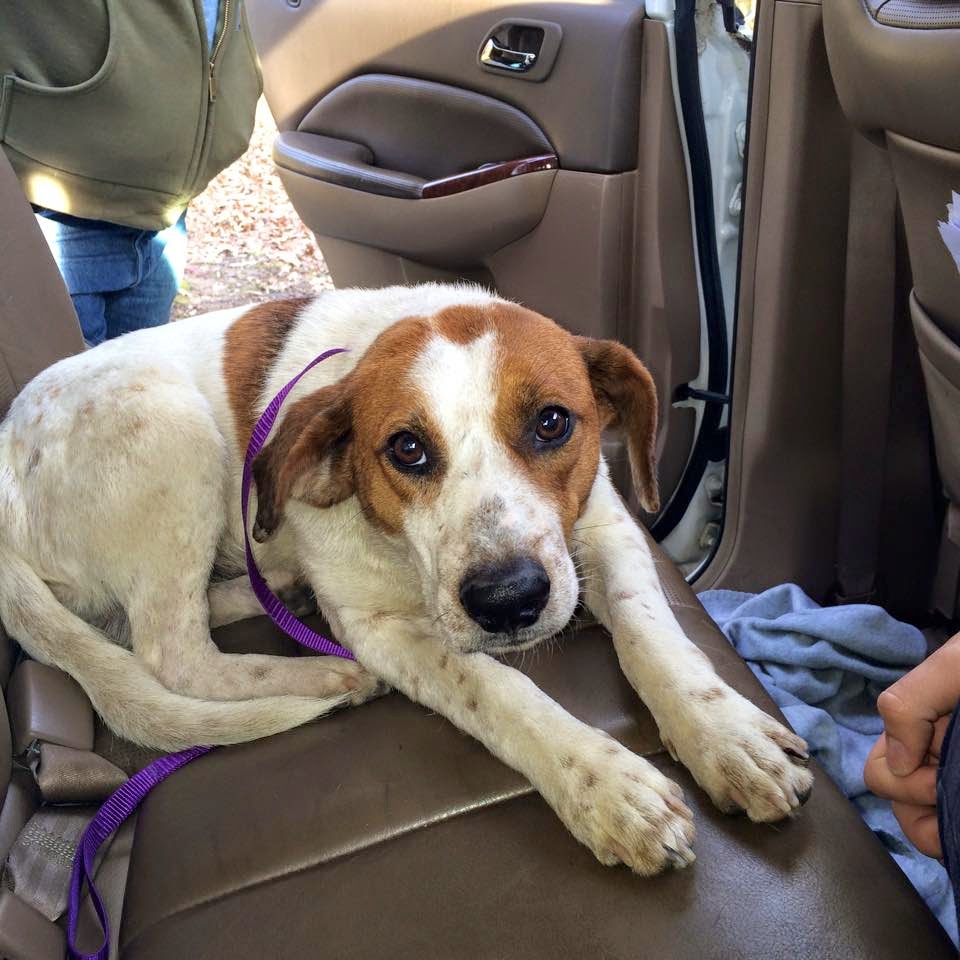 Having prior dinner plans at a friend's home, I had no time for any of this as we had to leave to avoid being late for dinner. Unwilling to go into the pen, Max was left at my back door to fend for himself.  I prayed he wouldn’t eat my house before I returned.  As we raced away, I could see Max running on three legs chasing my car as I yelled to my passengers, “Don’t Look Back, Don’t Look Back.”   I justified my quick escape with the knowledge that the dog knew where to return to if it wanted shelter and it if ran off, than he was on his own.

As we traveled home that night, my daughter and I both secretly hoped that Max had returned to the neighborhood from which he came.  Desperate to know if he had gone away, she drove past the neighborhood where she found him. There, at the base of a stop sign, in the rain, sat Max, waiting for someone or something.  I know she saw him and she knows that I saw him.  We both gasped and kept our sights forward.  “Drive,” I whispered and both of us, sadly, heeded my previous instructions, “Don’t Look Back, Don’t Look Back. “

Max found his way back to where he had begun his short journey with our family.  He is free from whatever bonds once terrified him and perhaps he will find a matching doe-eyed girl to welcome him home where there are no pens or fences and Max can continue to be free.  The fact that we tried is the best that I can offer my child.  Some things are simply not meant to be, even when you pick them up and toss them in your car, certain that your helping hand is the answer.  There are times when that is just not enough.  But.... the fact that you tried makes all the difference.