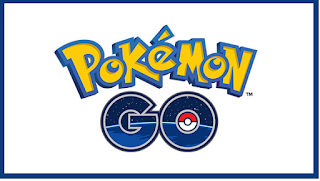 In a playroom, no longer used by children who now sit on the cusp of adulthood, sits a box with hundreds of Pokemon cards inside.  There are first edition cards, cards with baby Pokemon, evolved Pokemon and even rare and wonderful Pokemon.  The trading card collection was once grand and brought much happiness.

There was seldom a trip to Wal-Mart where we didn't bring home a pack of Pokemon trading cards hoping to find a Charizard or a Mewtwo hiding inside.  The love of Pokemon grew and we purchased Pokemon backpacks, notebooks, t-shirts, bedding and more.  My son treasured his Pokedex, a handheld computer used to catalog his Pokemon.  The kids battled with friends for Pokemon as they exchanged trading cards.  It was great fun. And then it was over.  The cards, once treasured, found their way to a box where they sit today. Then, with no warning, Nintendo gave us back the joy we once had, with their release of an App called Pokemon Go.

Oblivious to the new virtual Pokemon world, I was caught off guard when my 21 year old son called to tell me he caught a Pokemon. With great excitement, he explained how he and his friends were all over the city hunting Pokemon with their phones.  Those old familiar names came back to life. Charizard and Pidget were running amuck outside and were just waiting to be caught.  You can only see them if you download the App and set up a character to hunt Pokemon. Once online, your phone uses your camera and a GPS system to place hidden Pokemon on top of the real world around you. There are creatures and floating, spinning objects all about that only a Pokemon avatar can see. 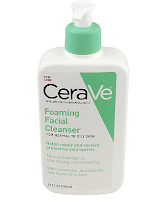 Unable to resist a good treasure hunt and thrilled to meet up with old friends from the past, I created a character named Cera5. Not being a gamer, I was stumped when I had to enter an online name that all could see.  I knew I shouldn't use my real name and anything containing the word Mom just seemed lame.  Mom64, Supermom, Tired Mom, all fitting names, but not for Pokemon Go.  I spied a bottle of Cera-Ve face wash sitting on the counter and it was from there that I stole the name Cera5.

Moments after I had suited up Cera5, the camera on my phone turned on and I could see a baby Charizard standing in front of me in my kitchen.  I smiled as we both stared at one another.  He jumped about and I quickly tossed a virtual Pokeball at him, catching him and keeping him for my own.  I was thrilled to have Charizard back in the family again.

Riding through town I turned on the App and saw a completely different world outside the car than the driver did.  There are Pokemen everywhere! My favorite restaurant has a gym floating over it where I can collect coins and special items, but not until I reach level 5.  It sits and spins in a virtual reality over unsuspecting diners enjoying their chef salads and corned beef sandwiches.  At the post office, a wild Pidget flew up in front of my car and I snagged him and put him in my Pokedex.  While standing outside my mother's house, I turned on the game and just as she walked out, a group of Pokemon descended upon me.  I aimed my phone at her garage and told her to watch out as Charizard was running around in the corner. She jumped behind me as I threw Pokeballs and spun about to catch an incoming Pidget.   We both looked into the Pokemon world through the screen on my phone and laughed as these characters from so long ago brought back memories of great fun!

This morning, I have to stop by the local museum because I saw a Pokemon gym floating overhead yesterday and I must go see what is there.  Off the couch and into the world.  What a fabulous new gaming concept! Thank you Nintendo for breathing life back into old friends and inviting us to come out and play once again.

Posted by Family Feathers Author at 9:49 AM No comments: