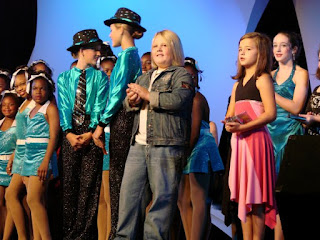 It is almost November and even though it still very hot outside, fall is all around us.  It is a time of pumpkins, cooler nights and fairs. Some of my best memories with my children are at state fairs.  I hope they remember the time we got stuck on top of the ferris wheel as a light rain began to fall.  It was a warm night and the rain brought with it laughter and fun.  Joey would rock the seat and we would grab on for dear life. Allie stuck easily for her fingers were normally coated in a fine layer of cotton candy residue. She wasn't about to fall out of that bucket.  Then, there was the fun house, which turned out to be more of a house of horrors for waiting parents whose children did not come out.  I watched as my young son entered, but did not exit.  More and more people went in and came out, but my son was not among them.  My mind raced and about the time I was certain he had been kidnapped and sold into the circus, I headed for the entrance prepared to take on the craziest of clowns in search of my child.  As I went in, he came out, hand in hand with a little girl who had also been stuck in the belly of the fun house.  Apparently, there had been enough fun inside to keep them entertained for much too long a time.

My children love fairs, but I'm certain they must cringe when they think about the pageants and talent shows that go with fairs.  I love both and my children have equally been subjected to the spotlight that beams from the fair stage.  My daughter has been a Timberfest queen, a Founder's Day beauty and much more. My little boy was singing gospel like a pro at a young age and gathering up trophies across the south. This talent led us to the Mid South Youth Talent show in Memphis, TN. We packed up the outfits, the stroller, the cameras and a tiny blue suitcase that said "Going To Grandmas" and headed to stand where Elvis had once stood. Highly talented youth from around the south gathered here to tap their toes, hit those high notes and wow the crowd.  I will never forget the toe-tapping duo who performed "Moses Supposes His Toeses Is Roses."  I was unaware that Moses supposes erroneously, but now that line is stuck in my brain and will never leave.

As my son made it to the finals, so did a tap happy little girl who could not control her toe tapping feet.  A large sign behind the stage said, "DO NOT TAP."  Obviously, this had been an issue before. As the show producer handed out instructions, a constant tapping drowned out his voice.  I stood back stage with my stroller full of goods and one sleeping toddler, eyeballing the tapping princess, wondering if she understood the giant sign in front of her.  She did not. Her feet continued to tap and the Moses Supposes words raced through my head again.

My little boy sang "Old Time Rock and Roll" and the crowd jumped to their feet.  He was amazing. When the show was over and the phantom tapping stopped ringing in my head, we headed outside for fair food and fun.  It was 100 degrees out and I was melting.  My son simply wanted to play the game where you deposit quarters into the machine in hopes of pushing other quarters off the ledge.  I feared his love of this game may be indicative of a later problem and vowed to keep him away from the casinos. Quarter after quarter dropped into the machine and very few were returned as prizes.

When the quarters were gone and I was drenched in sweat, I announced that I could take no more heat and was headed to the car to drive north until we found cold.  My family followed, uncertain of my sudden meltdown, but willing to follow me anywhere.  I mumbled to myself, "Moses Supposes" and would laugh each time I got to "Erroneously."   The summer heat and 72 hours of tap dancing sounds can do that to a person.  We made it safely to the car and I loaded the stroller, the toddler, the tiny traveling suitcase and all my family members.  We did not drive north, but drove further south until we found the cool dining area of a Cracker Barrel where I sat quietly while the sounds in my head settled into simple memories.  To this day, however, the first sound of a tap on a wooden floor makes me want to jump up and yell, "Moses Supposes Erroneously!"

Posted by Family Feathers Author at 9:50 AM

Though my mother likely didn't hear it at a music competition, she often mentioned the similarly hard to forget Harold Barlow song title, "I've got tears in my ears from lyin' on my back in my bed while I cry over you."